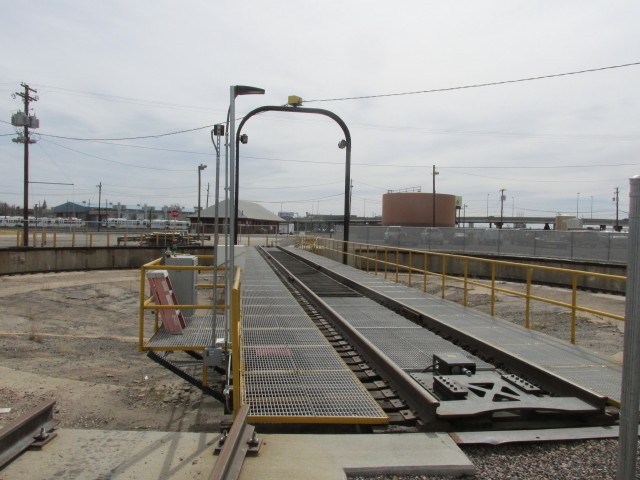 A turntable has been a key element of the museum plan for many years. This will be the center of the long term plan to house and present our steam collection in a roundhouse setting. More than that it will present a fascinating visitor attraction, photographic opportunities and the ability to turn all types of equipment to present in different orientations to those with which we are familiar.

We have had on site for a number of years the C&NW table from Harvard. However, this is not of a length that would accommodate larger pieces of the collection. So various opportunities have been explored over the years to obtain a larger table, ideally thru donation. A couple of weeks ago we became aware that Union Pacific had included the table of the Burnham (Denver) repair facility, that we had hoped to obtain by donation, in an auction of all assets of this, now closed, facility.

This table was a target in many ways.

In view of this the Board approved funding to try to acquire it by purchase at the auction.

I am pleased to say that we were successful and actually obtained the table at what was basically a scrap price of $10,000.

Clearly this is just a beginning. We must now move it from Denver to Union, which is no small exercise and will cost several times the purchase price. Once at Union we will have to construct the pit in which it can be installed. This is a MAJOR construction project and will depend upon fundraising on a large scale.

However, as substantially the largest turntable in preservation, the expectation is that this will provide IRM with a major attraction in years to come.

You can make a donation to this project in various increments up to an amount of your choice by changing the quantity. The Illinois Railway Museum is a 501(c)(3) charitable organization, all donations are tax-deductible to the fullest extent allowed by law.

Thank you for your support!

Your ticket for the: Turntable Fund