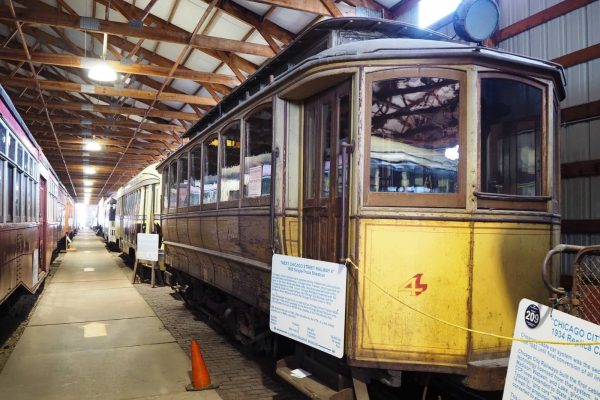 Barn 7 is one of our train exhibit buildings, or barns. In our Barn 7 exhibit building you can tour the history of street railways in America, starting with horse-drawn streetcars and ending with the streamlined PCC streetcars from the 1940s that closed out streetcar service in Chicago and many other U.S. cities. There are also interurban and rapid transit cars. Exhibits include:

Our Barn 7 exhibit barn is open for self-guided tours whenever the museum is open. Barn 7 is located on Depot Street, just southeast of the Central Diner annex.

Your ticket for the: Barn 7