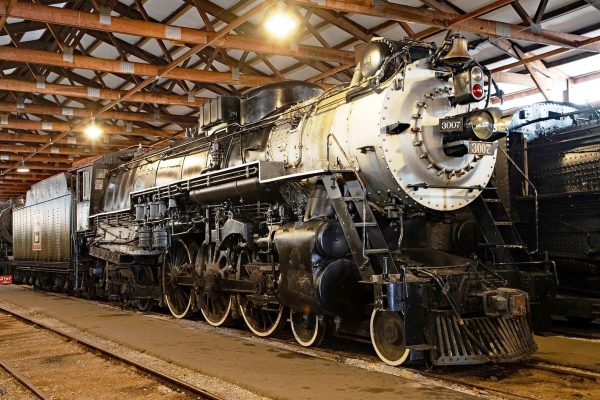 Barn 9 is one of our train exhibit buildings, or barns. In Barn 9 you’ll find the true giants of the rails: huge steam engines from the golden age of rail travel, powerful streamlined electric locomotives, and the most famous train at IRM, the stainless steel Nebraska Zephyr. Exhibits in Barn 9 include:

The Barn 9 exhibit building is open for self-guided tours whenever the museum is open. Barn 9 is located on Depot Street, just southwest of the Central Diner annex.

Your ticket for the: Barn 9