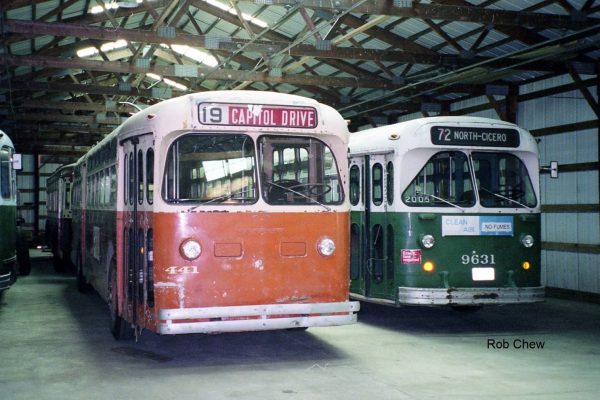 The Hoffman Bus Garage is also home to a complete narrow gauge train from the Chicago Tunnel Company, an underground freight railroad which had tunnels running throughout the Loop to deliver goods and coal to downtown businesses. The diminutive electric locomotive was extracted by IRM from the tunnels in the 1990s when reconstruction work on Lake Shore Drive uncovered an elevator shaft, allowing access.

The Hoffman Bus Garage is open for self-guided tours most weekends the museum is open. The garage is located at the east end of the main campus, along Central Avenue near the Electric Park streetcar stop.

Your ticket for the: Hoffman Bus Garage