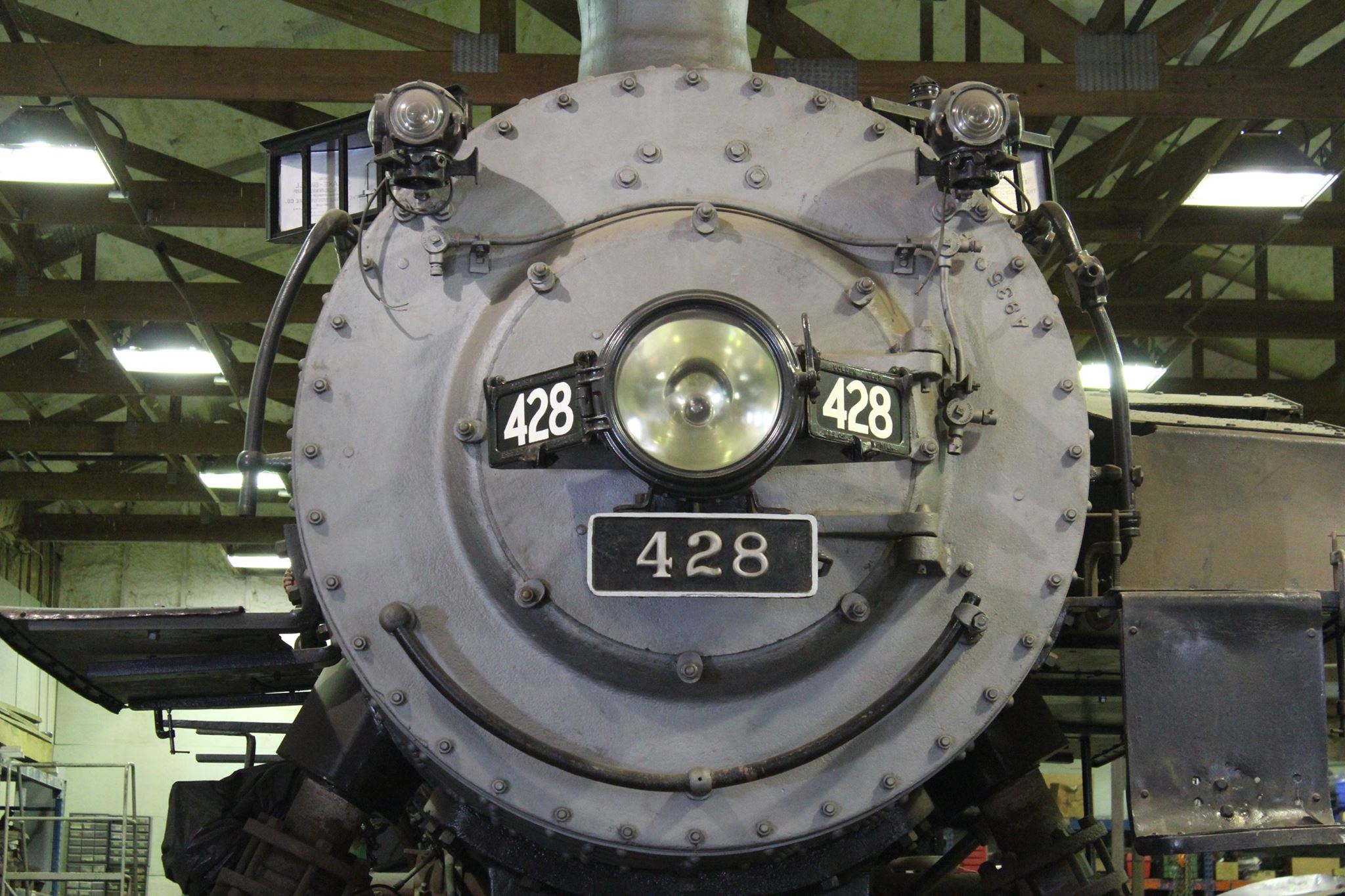 Union Pacific 428 is the current major restoration project in the Illinois Railway Museum’s Steam Shop. It is a 2-8-0 “Consolidation” mixed-traffic locomotive built in 1900 by Burnham, Williams & Company, a predecessor of Baldwin. It was originally numbered UP 1648. With only minor changes, this design formed the basis for the famed “Harriman Standard” Consolidations, built by the hundreds over the next decade for the UP, Southern Pacific, Chicago & Alton, Chicago Great Western, Illinois Central, Erie, and other railroads controlled or influenced by E.H. Harriman.

The locomotive was originally built as a Vauclain compound but was rebuilt in 1915 and renumbered as 428. It had the distinction of hauling the last steam-powered regularly-scheduled passenger service on the Union Pacific, when in October 1958 it was assigned to the Grand Island-Ord, Nebraska mixed train. UP 428 was acquired by IRM in 1969 and has been undergoing a complete restoration for some time. Significant work has been done on the locomotive’s boiler, running gear, tender, cab, and appliances. Currently the focus of work is the running gear and cab.

Your ticket for the: Union Pacific 428 Restoration