Before you visit, even if you have been a regular visitor in the past, please take the time to review the procedures and policies listed at this link.

During Railway Post Office weekend, forty years after Railway Post Office (RPO) operations stopped, the Illinois Railway Museum will reenact “on the fly” mail pickup with a working RPO car. Since 2007, retired postal clerks from the Railway Mail Service have returned to the museum to make one last catch. As one said, “it was a thrill – something I haven’t done in forty years!”

Soon after railroads appeared in the 1830s they started moving the mail. At the time of the Civil War, besides moving the mail, the railroads built rolling post offices to sort mail along the route. Special railroad cars called Railway Post Offices employed postal workers to sort and handle mail while in transit. They would pick up and drop off mail at station stops. At places they didn’t stop, they would pick up mail on the fly, “grabbing” mail bags from a special bracket without stopping the train.

At their peak in the 1800s, RPO cars were used on over 9,000 train routes. But in the 20th Century RPO use started to decline. After WWII, the Post Office began using large regional centers with machines taking over the sorting. In 1948 the RPO network had shrunk to 794 lines. As the Post Office cancelled “mail by rail” contracts, passenger trains that relied on mail revenue lost more and more money, contributing to the eventual creation of Amtrak in 1971. On June 30, 1977, the very last RPO ended operations after 113 years. 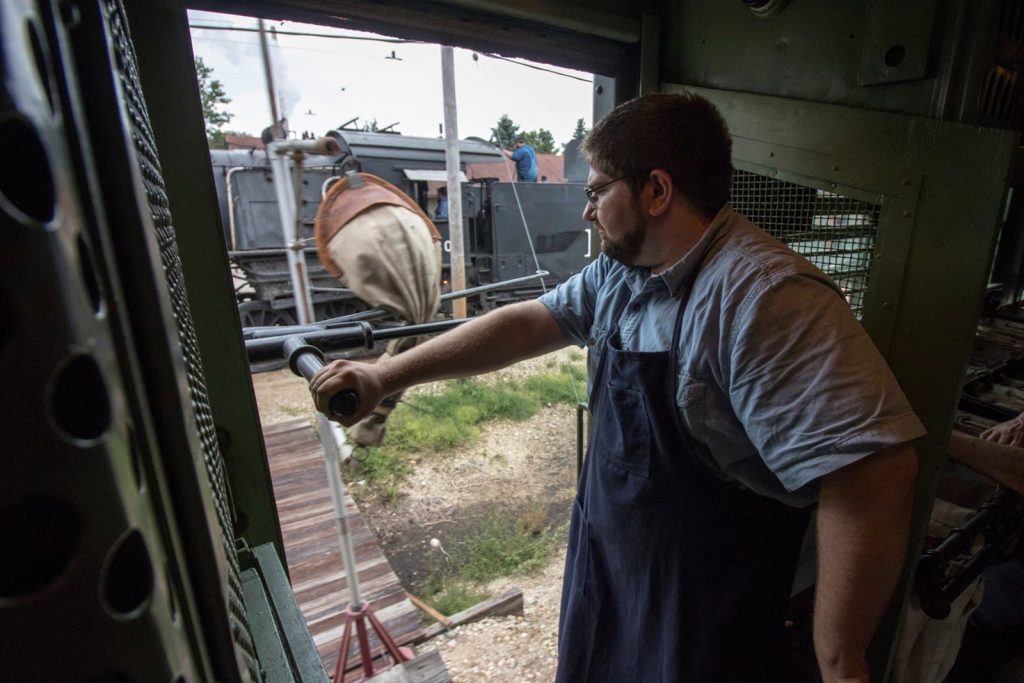 Electric trains and Diesel or Steam trains will be operating.

All equipment, schedules and prices subject to change without notice.

♿ = this train is wheelchair-accessible

Your ticket for the: Railway Post Office (RPO) Weekend