Rotary Snow Plow to be Unveiled

Union Pacific 900075, one of the last steam-powered rotary snow plows ever built, will be officially unveiled on October 2 and 3, 2021 following a three-year restoration effort. The unveiling will take place as part of the Illinois Railway Museum’s Steam in the Fall event, featuring the year’s final operation of steam trains at the museum.

Rotary snow plow 900075 was built by the Lima Locomotive Works of Lima, Ohio in 1949. It was one of three steam-powered “rotaries” constructed at that time to clear snow on the Union Pacific’s lines in the Midwest and west.  The rotary is effectively a giant snow blower on wheels. It uses an internal Shay-type steam engine to turn a large blade at the front of the unit that throws snow to the side of the tracks. The rotary has its own tender, to carry fuel oil and water, but relies on a locomotive (or locomotives) to push it.

The Union Pacific employed 900075 in snow-fighting service until retiring it in the 1970s. After retirement it went to a museum in Kansas City for preservation. In 1993, IRM acquired 900075 and moved it to Union. For many years the museum displayed the rotary on the “steam leads” near the south end of the museum property. Cosmetic restoration work began on the rotary in 2018. Volunteers in the museum’s Steam Department have spent three years completely restoring the rotary externally so that it can be displayed. 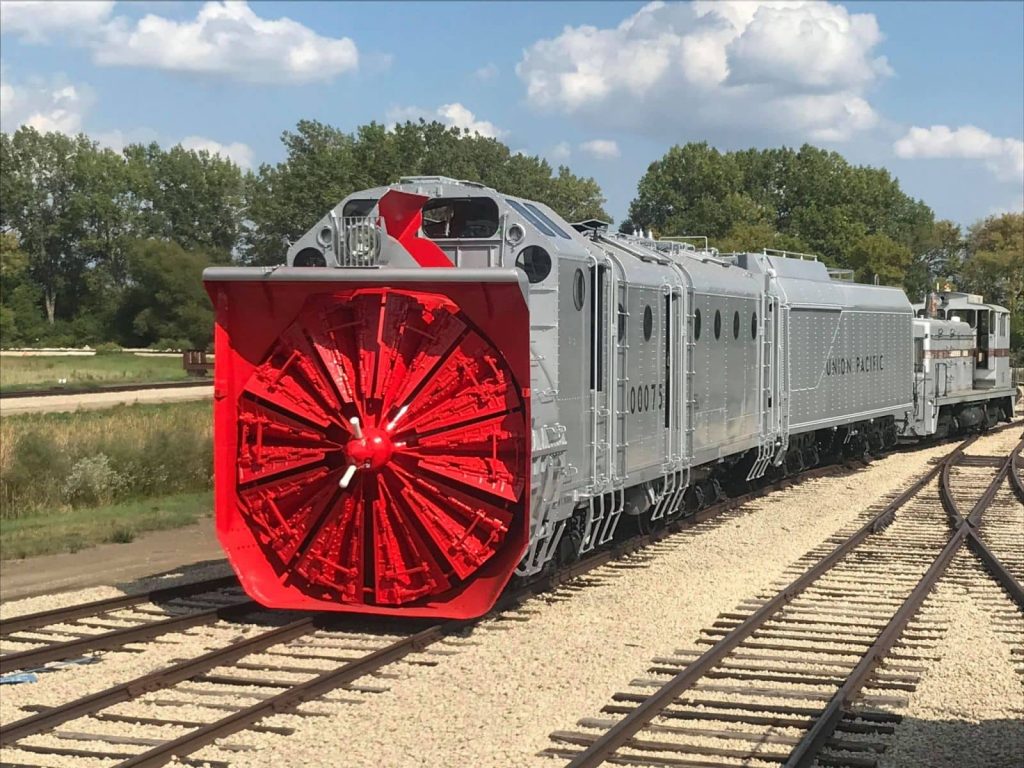 Your ticket for the: Rotary Snow Plow to be Unveiled

Rotary Snow Plow to be Unveiled