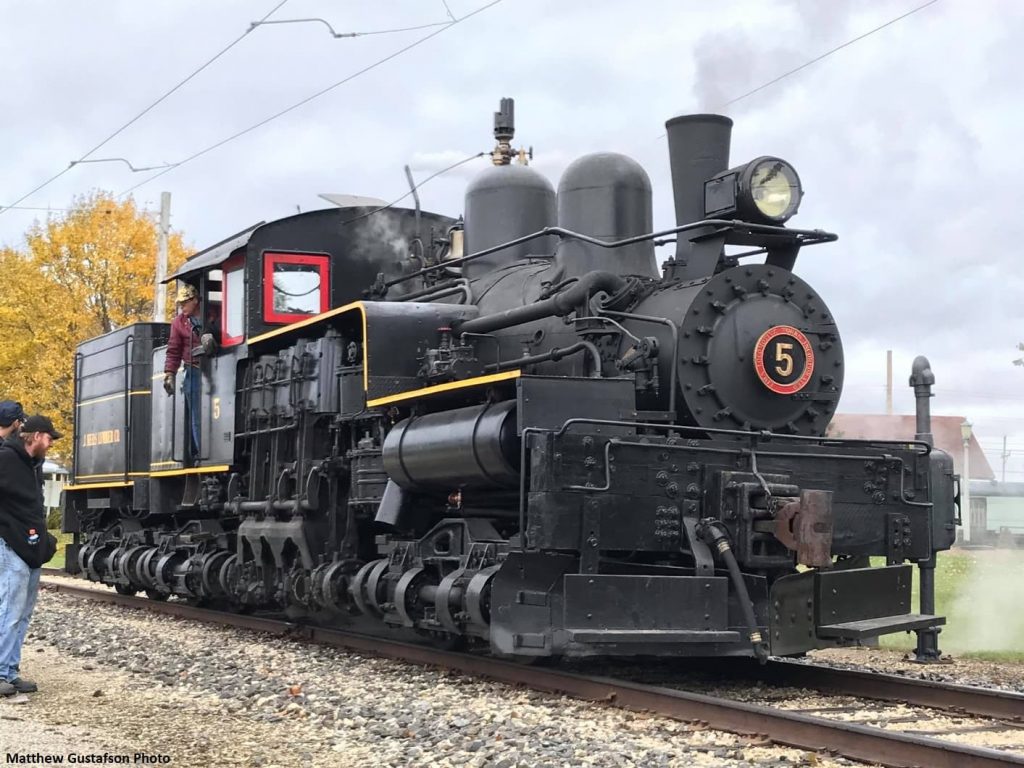 J. Neils Lumber Company Shay #5 passed its 1472 day Federal inspection on Sunday, October 28, 2018. It then made a short test run on the main line pulling three coaches. This is the first run by the steam engine at IRM since September of 1999. In additional to being brought up to Federal standards, work completed on the engine in recent years included a new partial front tube sheet, a new grate system, and a new nozzle and smoke box setup. The boiler pressure was also raised from 160 psi to 190 psi.

Shay #5 was built by the Lima Locomotive Works in 1929 and operated for its entire career in the Pacific Northwest logging industry. It is the only geared steam locomotive preserved at IRM and was the first steam locomotive to operate at IRM, back in 1966. The engine will be in train service next year supplementing Frisco 1630.

To learn how you can support the IRM Steam Team volunteers in keeping the Shay operating, click here.

Your ticket for the: Shay 5 cleared for service at IRM