The Illinois Railway Museum (IRM) has accepted the donation of a fully restored 1911 Pullman heavyweight passenger car named Villa Real. The car was used on multiple railroads, including the Pennsylvania Railroad, the Wabash, and National Railways of Mexico, during a 46-year career as a sleeping car. In 1957 it was rebuilt by the Wabash Railroad for use in maintenance service. Many of its furnishings were removed or damaged. The car was purchased in 1995 by Al Sauer, who spent 25 years completely restoring the car to its condition in the 1930s. The car has now been donated the IRM, the nation's largest railway museum, where it will join an unmatched collection of historic Pullman-built passenger cars. IRM extends its thanks to Mr Sauer for the generous donation of this priceless artifact.

Villa Real was originally built in 1911 as a 12-1-1 (12-section, 1-drawing room, 1-compartment) sleeping car named Lenover. It was generally assigned by Pullman to use on the Pennsylvania Railroad. In 1931 it was rebuilt in Pullman's "betterment program" as a 10-3 (10-section, 3-double bedroom) sleeping car and renamed Villa Real. The car was retired in 1950 but was used by the military between 1951 and 1953 for use carrying troops during the Korean War. In 1953, Villa Real was sold to the Wabash as its car 4318 but was leased for use in Mexico. It was retired in 1957 and rebuilt by the Wabash into the Decatur, Illinois wreck train foreman's car. Later owned by the Norfolk & Western and then Norfolk Southern, the car was auctioned off in 1995.

Al Sauer purchased the car in 1995 and immediately began a major restoration effort that would last 25 years. Significant replacement of rusted steel in the sides, ends, and roof of the car was done. Modifications made post-1957, when it was in maintenance service, were reversed, in some cases using components from similar Pullman cars that had been scrapped. Thousands of hours were spent refinishing the car's elegant interior, sourcing and installing replacement fixtures and furnishings, rewiring the car, and rebuilding lost or damaged parts of the car's structure. Many long-gone pieces of hardware were replaced through eBay purchases or, in some cases, 3D printing of replacement parts. Seating material, bunks, and flooring was all replaced, with the restored furnishings studiously replicating the car's 1930s appearance inside and out.

Mr Sauer donated Villa Real to IRM in early 2021 for preservation at the Museum's campus in Union, Illinois. Donations are needed to fund transportation of the car from Raleigh, North Carolina, where it has been located during its restoration effort, to Illinois. Click here for information on donating. 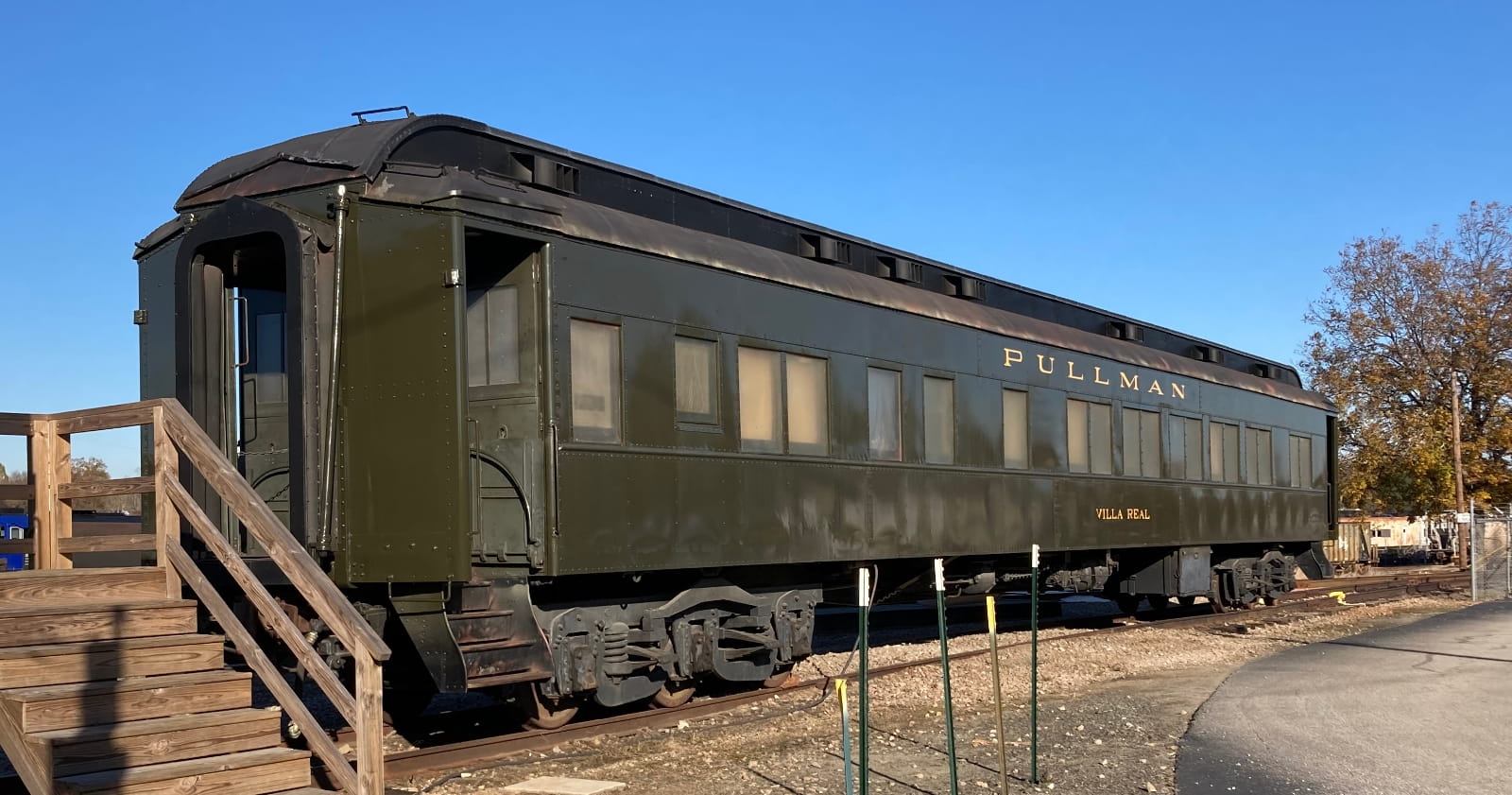 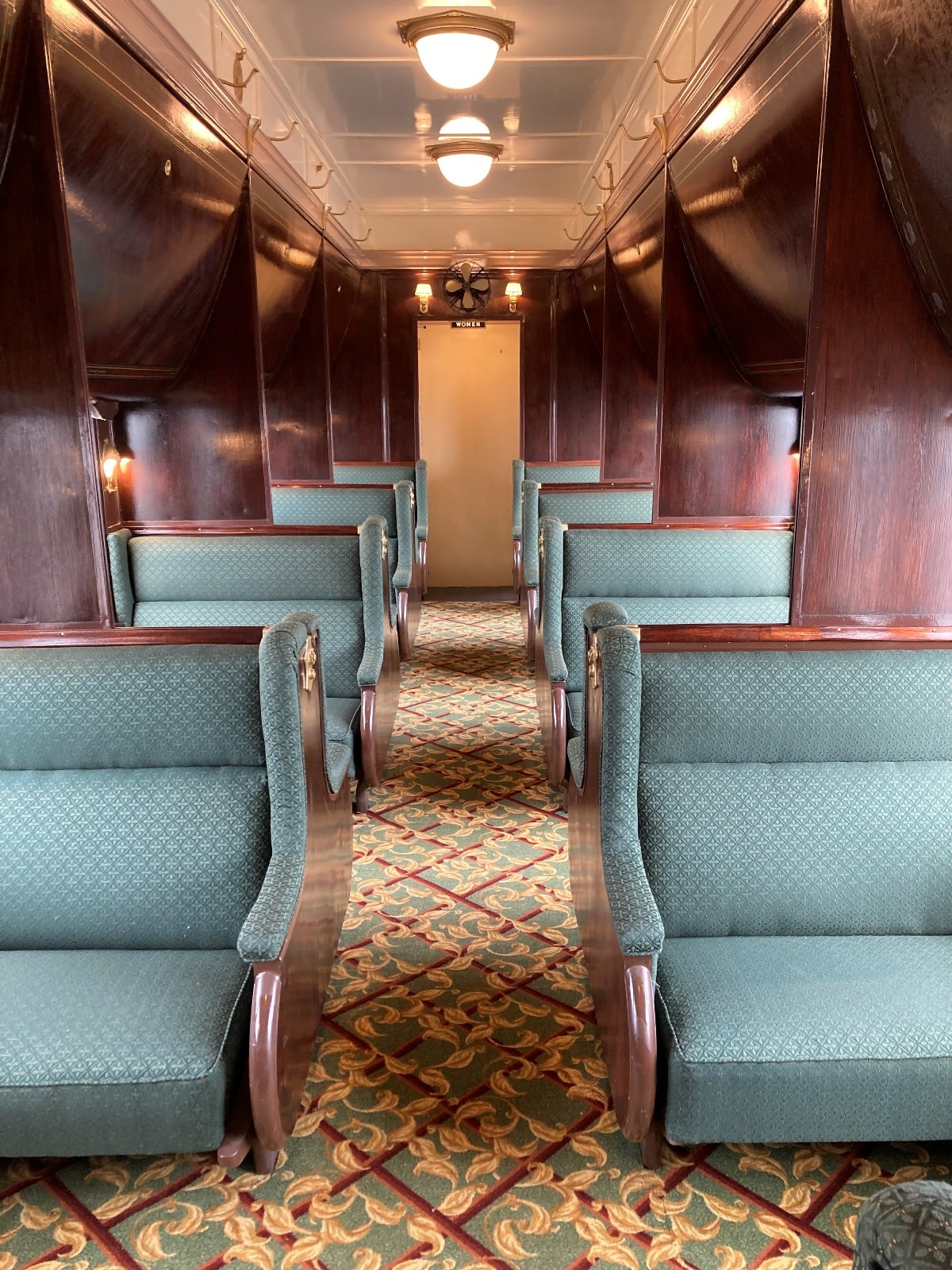 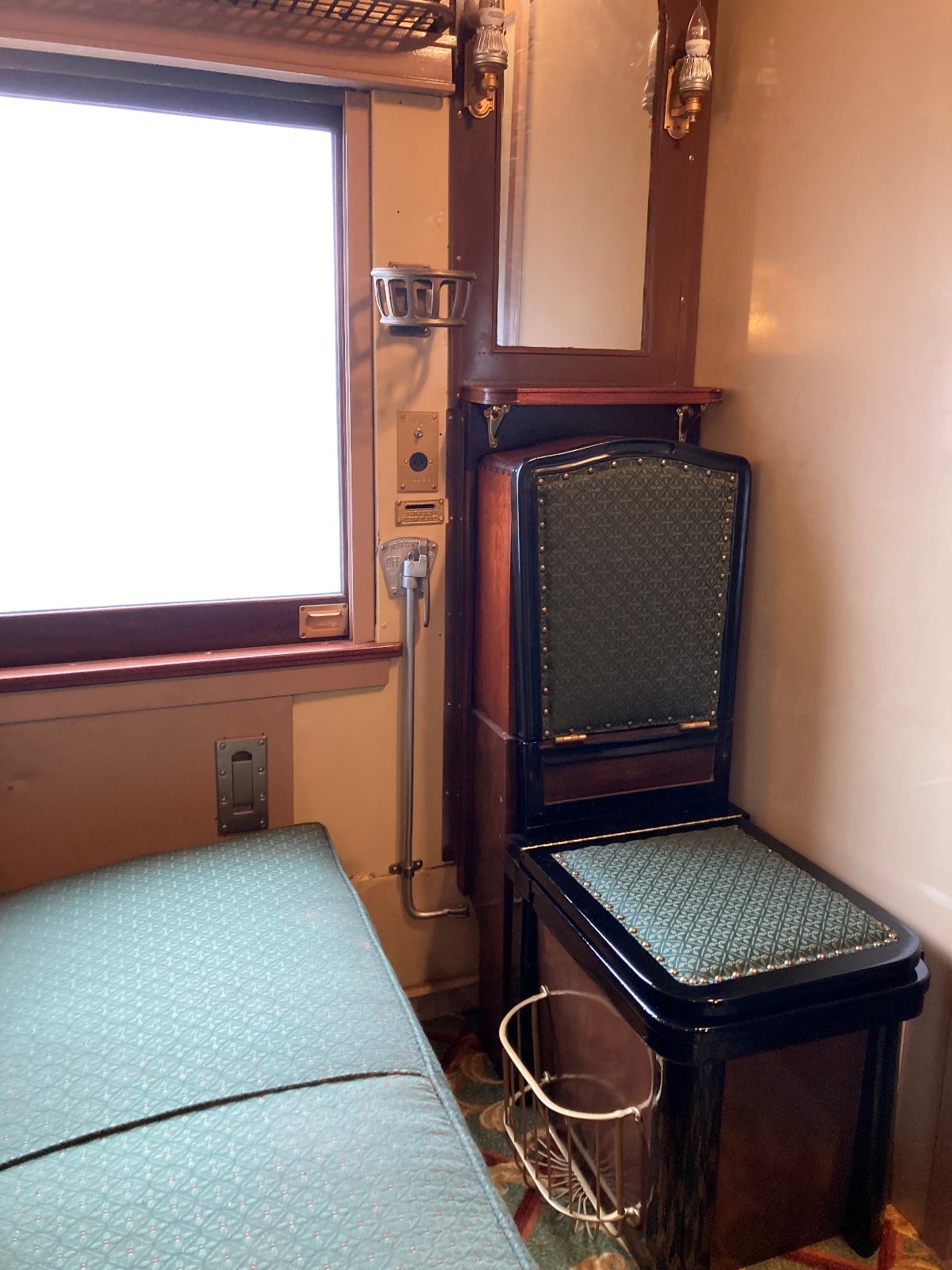 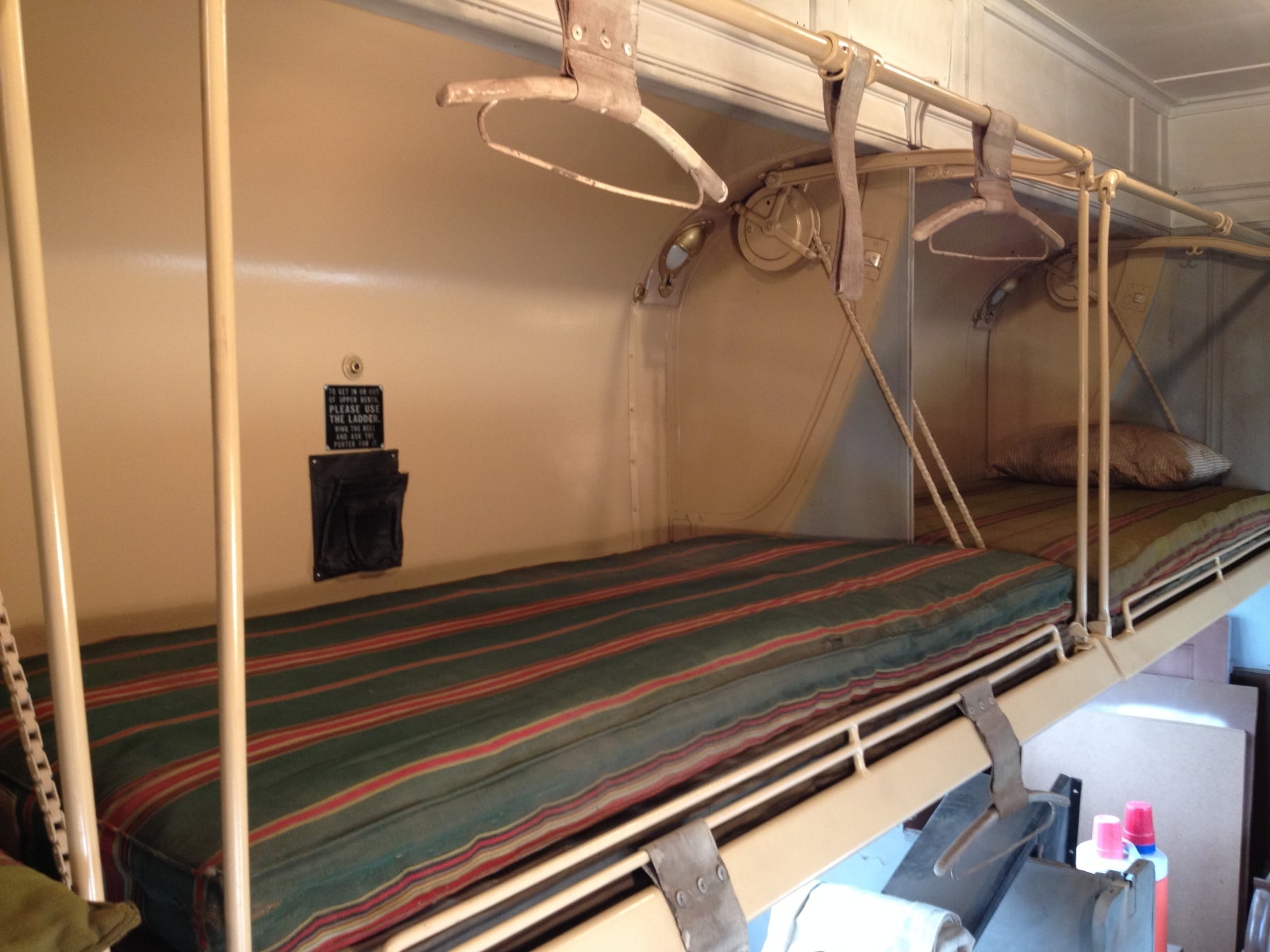 Your ticket for the: Restored 1911 Pullman Car Donated to IRM