The Illinois Railway Museum has acquired a 25-ton diesel-electric locomotive built in 1942 by General Electric. The engine was built for Lone Star Cement and worked in cement plant service for its entire 78-year service life, most recently at a facility in Elkhart, Indiana. It was donated to the museum by Buzzi Unicem, which operates the Elkhart plant, and arrived at IRM on December 11, 2020.

The locomotive is the only example of its type in the museum’s collection. General Electric built more than 300 four-wheel 25-ton diesel switchers of this general type during the 1940s and 1950s, almost all of them for industrial operations, making the design one of the more popular and significant types of industrial switchers. This particular engine is thought to be one of the earliest examples of the type preserved. The locomotive is designed for low-speed switching service and is rated at 150 horsepower. It joins three other similarly-sized four-wheel diesel switchers in the IRM collection but, of those four, this is the only one built by GE.

IRM thanks Buzzi Unicem for donating this diesel switcher to IRM for preservation. The museum looks forward to using the engine in its intended capacity as a switcher and maintaining it as part of IRM’s unrivalled collection of historically significant internal combustion locomotives. To help support the museum’s ongoing efforts to preserve and restore the nation’s best collection of historic diesel locomotives, click here. 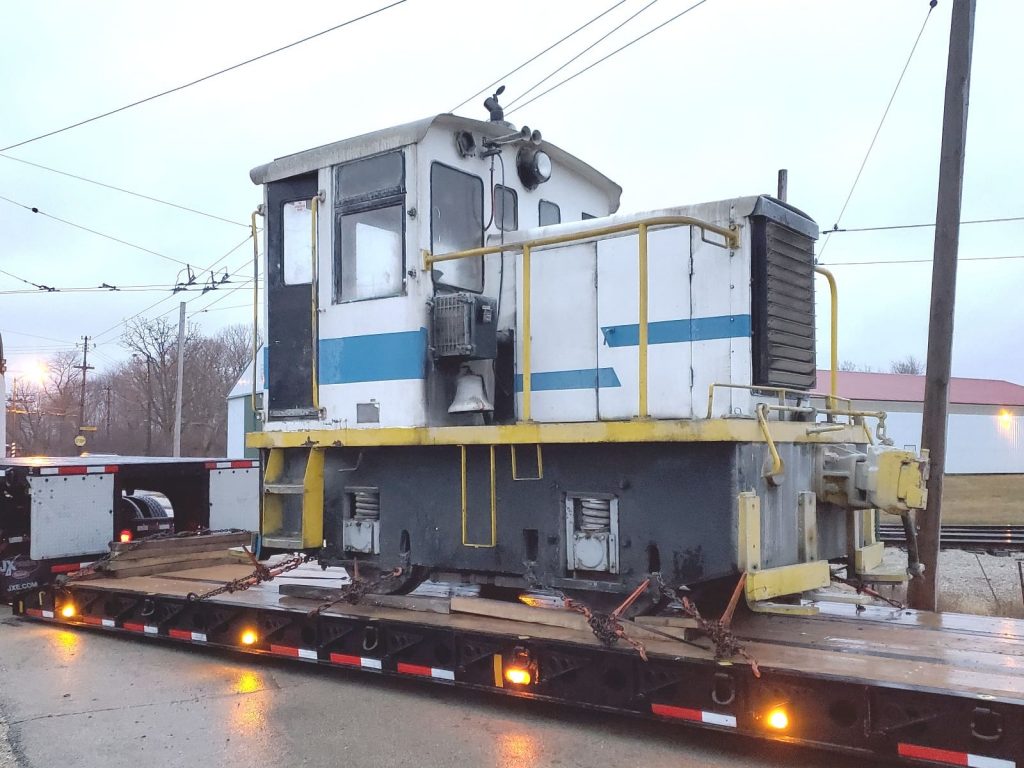 Your ticket for the: Museum acquires 25-ton diesel